At present, the instant messaging giant Whatsapp has disclosed and revealed a new update for the iPhone. Featured are some fascinating and enthralling visually augmented updates which are sure to enchant the users. However, the feature which stands out and occupies the limelight is the one which makes the smart Siri on the iPhone devices to read out the latest Whatsapp messages for the users. This version of WhatsApp named v2.17.2 is now available to be downloaded from the Apple App Store.

This handy version of Whatsapp occupies a storage size of 89 MB where it incorporates four distinct features encompassing the one where Siri can read out the most current WhatsApp messages.

The other features include a good and rich visual touch and updates to the Calls tab of the app along with the screens related to Contact info and the Group Info screens as well. Also provided is the assistance for the Persian Language in the app. Further, the users are featured with the potential and power to choose and manipulate several statuses at the same instance in the My Updates screen, where they can be discarded or forwarded

Although in the past the WhatsApp app has permitted users with the ability to enter text and transmit the texts to others with the help of Siri, the latest update will enhance and make the Siri feature to read out the latest Whatsapp chats and messages without making use of the hands and fingers to carry out this exciting and amazing aspect. For instance, this feature is very much useful when the user is driving his car and cannot avail the phone to see the WhatsApp messages.

However, this feature is configurable only for the iOS users who are currently using iOS 10.3+.

This feature is enabled only when the user has some messages and texts on their phones which have not been read. Siri can be commanded and controlled to carry out this action by telling Siri a command like “Siri please do read out the most latest WhatsApp messages”. Siri will carry out the task and the users can respond back to the chats by telling the relevant content to Siri again. However, users have to be wary that the messages once read by Siri cannot be made to read again for the second time.

Speaking of other updates, there have been some modifications to the visual looks of the Calls Tab and the screens comprising of Contact Info and Group info where they are made to look visually rich and attractive to captivate its user base. When any one of the aforementioned screens is accessed, the users are bound to find that the display images becomes bigger the further, the user scrolls down the screen. Also incorporated are enthralling and enchanting colour icons next to the several options. This is used to spruce up the traditionally very boring interface and give it a rich look.

This update authorises the user to choose several statuses from the My Update section which can be manipulated to be sent or discarded altogether. Also provided is a revamped two-step authorization interface which simplifies the setup processes and finally there is an update related to the camera of the device where the device now can comprehend which camera was used be it the front or the back camera very previously. 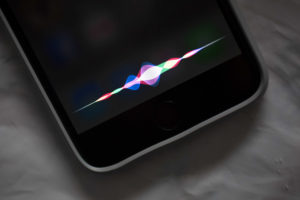