“Which platform must first be selected to build an app ?”. This question has been trending for some years. The answer to this question is not straightforward. To quote an instance, an established media company features an assortment of users and adequate resources when evaluated with a budding startup. An app devoted to medical uses features attributes which can be compatible with only one given platform.

This article will elucidate on tips as to when to start app development with one platform and then when to focus on both platforms and finally when to progress to the next platform.

Android features the largest market share where it is a staple for developing nations. iOS users are generally those who have good revenue, good educational qualifications and are willing to spend more on apps.

The income generation patterns with respect to Android and iOS has its resemblances with the ventures taken by their parent companies Google and Apple respectively. Android features a bigger percentage of ad-supported apps and ioS apps gain more income.

Android generally falls back behind iOS with respect to the adoption rate associated with the current most OS version. The main reason for this is being that it faces obstacles in the form of carriers and OEMs even though it is open source.

This implies that with respect to iOS, the attention can be given to the brand new versions of the operating system with the likelihood that the app will feature a wider reach. This relates to discontinuing the older devices and serving in mitigating the time associated with testing and development timeframes.

As already aforementioned, Android is an open source platform featuring mods which allow the developers to proceed further down the Operating System

iOS is ruling the tablet’s market centered on enterprises and it would be a surprise to notice an Android tablet being manipulated for enterprise uses. This signifies that iPad is the desired equivalent of tablet usage.

When to Choose iOS First

It is recommended, to begin with iOS platform because the demographic statistics, the associated costs, and speed related to marketing make several of the apps to roll out in iPhone. Further, there should be insight related to what is functioning and what is not. When doing this for both the platforms then expense and time are consumed at a rapid rate.

Hence most of the budding startups at present focus on iOS then move on to Android. If the app should occupy the center of attention related to press then iOS is the preferred choice.

When to Choose Android First

Android is the first choice if the brand is all set concentrating on developing nations. Further, it is logical when there should be total control over the hardware and software elements and when a part of Android’s Operating System needs to be personalized. However, Android falls behind in approval time whereas Apple has speedy approval times.

When to Start with Both Platforms

This venture must be taken only by the brands which have adequate resources and have a strong footing in the marketplace. Further, it is typical among the established organizations to discuss which platform can be manipulated first.

Mobile apps are subject to several phases of iteration until it aptly fits the user base’s needs.

When to Move to the Next Platform

Provided the brand has mastered and configured the app experience then only the contemplation of moving to the next platform must be done.

Further, if the brand has reached a critical mass related to one platform, then it is suggested to focus on the audience of the other platform. This serves to augment the user base metrics.

Author Bio : Pyramidion Solutions is featured as an elite mobile app development company from Dubai and we have offered our services for several international clients as well. We venture into developing amazing mobile apps for the iOS, Android and Windows Platform where you are sure to be satisfied to the fullest and be amazed by our work ethics and skills which remain unparalleled 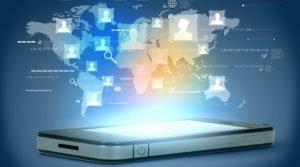