Which is Better for Cross-Platform App Development? Flutter or React-Native?

What started as a Hackathon project in Facebook ended up as one of the most popular open-source mobile app frameworks. We are speaking about React Native. On the other side, Google was busy in developing a solution to make Android App development quicker and then came Flutter. What made Flutter more popular was that the same code used in Android app development could be used for developing iOS apps too… That is why it’s very popular as a cross-platform framework.

Developers love both React Native and Flutter in order to develop powerful native apps for both the iOS and Android platforms in a quick and cost-effective manner. But who is the clear winner here? That is what this article will speak about by revealing the major differences between the two along with each’s unique specialties.

React Native
React Native had its origin in Facebook’s web development framework called React where the Facebook team wanted to develop an equally powerful solution to develop native mobile apps. Yes, that is how React Native was born. It was used to develop apps like Facebook, Instagram, Uber and the such. It has established itself as a powerhouse in the cross-platform development of native apps.

Flutter
In the case of Flutter, the Google development team wanted to create a framework that would pave the way for even speedier and simpler native app development. Flutter was inspired by React Native and used several innovative ideas from the latter. Most importantly Google added some special touches to Flutter so that it could contend with React Native by being more updated.
Now let’s compare both of them with respect to several important areas regarding native app development.

1. Reusable Code:
By using reusable codes, both Flutter and React Native have developed themselves as powerful cross-platform frameworks.
In Flutter, the code reuse is very much effective and convenient. Thereby it is quite a fast and good framework.
However, in the case of React Native, only a few components in the code can be used in all the platforms. The rest of the code has to be coded separately for every platform. Thereby the work is time-consuming.
In this case, it is Flutter who is the winner.

2. User Interface:
When it comes to UI, both React Native and Flutter have potential in their own special ways.
React Native makes use of native UI components and libraries to build the UI in a simple and quick manner. The components pave the way for very active and interesting development experience.
Flutter has its own arsenal in the form of proprietary widgets. These are simple to understand if there is previous working knowledge about React or Angular components. What makes the difference here is that there are 156 widgets when compared with React Native’s 40.

Here both are winners as Flutter has a huge number of proprietary widgets but React Native bounces back by proving to be very powerful with its 40 components and it has developed thousands of successful apps using the same.

3. Performance
When it comes to performance and CPU/Memory usage, both Flutter and React Native don’t vary much and they offer the best performance.

4. Popularity and Documentation
As React Native was conceptualized earlier than Flutter, it has a huge user base and is said as being more stable than the latter. Every Editor supports React Native. The Official documentation of React Native is all-encompassing for a new user to get things started.

The newer Flutter is very much better in terms of documentation. It used BLoC, RxMarbles, Redux/Flux, and other such latest architectures. As mentioned earlier, Flutter took the best part of React Native along with the other existing frameworks and used that to develop a very powerful framework.

Conclusion:
You can very well see that both React Native and Flutter are very powerful cross-platform frameworks that can be used to develop a powerful app across all the major platforms. If you know about React and Javascript, then React Native is the best choice. If you are new to everything, you can use the cooler and modern Flutter framework.

Author Bio
This article is written by Monish, CEO of one of the well-reputed Mobile app Company in Chennai. He seeks after the imaginative examples in an inventive manner. He is very much interested in technological improvements in this specialized field and he has completed various articles in this field. He has made various articles subject to steady upgrades about mobile software and applications. His articles are viewed as an inspiration by youngsters, in most cases, it reveals the latest examples in the particular trends of technology. He loves exploring everything that’s in trend! In his free time, he likes to delve into various project management tools and apply his findings in his projects. 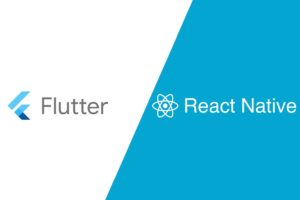 Which is Better for Cross-Platform App Development? Flutter or React-Native?