Hello, before checking the details about React Native. REACT Native is supportable for both android and iOS platforms. Just code once, these apps are available for both iOS and Android platforms which helps to save the development time of the app.  Even though there are some similarities and difference between ReactJS and React Native, React Native is a framework that builds a hierarchy of UI components to build the JavaScript code. It has a set of components for both iOS and Android platforms to build a mobile application with a native look and feel. Since it uses the same code for creating REACT Native iOS or the REACT Native Android apps and web applications, you just need to know the HTML, CSS and the JavaScript. Let’s take a look at the advantages of the REACT Native Framework here! Nowadays the number of smartphone users worldwide has been increased from  2.71 billion and that not only mobile users but the people also addicted to the mobile have now even become even larger to 1.23 billion. In the statistics, people believe that by 2020, this number is predicted to reach 2.87 billion. Mobile Internet usage is outperforming desktop Internet usage. 205 billion mobile apps were downloaded in 2018 compared to 178 billion in 2017. Of these, 105 billion mobile apps have been downloaded via Google Play Store and iOS App Store. By 2020, this number could reach 250 billion. This would be the effective and the great news for developers as well as companies because app development in the present times carries all the in charge to develop the app. How do we meet the growing demand for mobile apps without going over the odds when it comes to investments? How do we convince SMBs to put money in app development How do we build an incredible mobile app that does exceptionally well with the audience without breaking the bank?

How is a Mobile App Developed to be Cross-Platform suitable?
In general, when a mobile app innovated must be functional across multiple mobile operating systems with equal efficacy is known to have cross-platform compatibility. The normal app can be developed in relatively less time and at a cost that is significantly lower. In other words, this one is a cost-effective way of developing apps. In modern times, this has become a business compulsion instead of choice.

How Does Cross-Platform App Development scale down the Costs?
Not many years ago, app development was an idea strictly limited and prohibited to platform nativeness. Whenever a client approached app development company, a quick query used to follow which is the first either it is iOS or Android?  Moreover, times have changed now.  In the present scenario, it is possible to avoid the high costs of introducing native apps. With the concept of cross-platform compatibility, developers can use a single code to customize mobile apps for both platforms. Developers can simply use them over and over again, This saves time and effort. It allows rapid app development at costs that do not burn a hole in your pocketbook.

React Native: As a developing technology.
With React Native Framework, you can adapt UI for both iOS and Android platforms. It is an open-source framework, which is compatible with other platforms like Windows or tvOS. React Native Development simple, quick and efficient. The code of native mobile applications needs to be ‘fixed’ every now and then, which makes development cumbersome and slow. However, cross-platform app technologies have not been able to come up with something worthwhile; only apps with funny interfaces and scrappy compatibility throng devices. This open-source framework comes with an amazing ability to develop cross-platform mobile apps that work on Android as well as iOS devices. It makes use of collective libraries of app development frameworks such as PhoneGap and Xamarin, which lets it deliver apps much faster. This allows developers to write the code in JavaScript and reuse it across devices. Thus, cross-platform apps developed using React Native are as good as native apps. Because this framework is efficient and enables building complex mobile apps with total scalability, it is a choice among mobile application developers.

8 Ways React Native Contributes to Economical App Development
Of course, to develop mobile apps using the platform, a developer needs to consider multiple platforms so the outcome is an application that can manifest high performance.
1.Reclaimable Components
React Native offers app developers amazing benefit of creating and reusing native components. In fact, this serves as the dominant manner by which the framework can make cross-platform compatibility happen smoothly. For instance, the same code can be used for mobile application as well as desktop web views. This helps developers use web-based agility to build packages.
2. Fast Development Time
Moreover, this is a highly competitive industry where the time to market of an app is more important than the way it has been developed; after all, launch and marketing of an app requires solid strategies and time. Also, in regards to the irregularities of the digital landscape, cross-platform compatibility seems like a quicker and more effective solution than the age-old concept of nativeness. React Native is your best bet. It has been reported to reduce development time by 40%. That’s huge savings!
3. Efficient Team Management
React Native Developers work on the same modules irrespective of the programming languages for Android or iOS app development. In other words, discreet technologies, resources, and tools are not needed to build a platform. Getting them to accommodate and support varied dimensions and configurations is a hassle and downright expensive on the development front. React Native enables a digital ecosystem for cross-platform apps where they are optimized to support as many devices as possible.
4. Low Budget App Maintenance
The central philosophy of React Native is simple one code, zero fuss. Likewise, maintenance of React Native borne mobile apps is quick and easy because these software pieces receive the best of both the platforms
This is not the case with native apps; 9 out of 10 times, the maintenance strategies for Android and iOS apps would be poles apart. Also, native apps need regular updating, troubleshooting, and patching, for which, the fundamental support is difficult and rather time-consuming. With flexibility, cross-platform mobile apps are more scalable than native apps. Overall, low maintenance translates to lesser use of time, resources and effort along with with low costs, ergo the popularity.
5. One Solution for UI/UX
UI/UX is the first impression an app creates on its users. Designing native apps for Android and iOS separately call for discreet considerations for UI/UX. Those who have used the non-optimized app would know the horizontal scrolling of the full page on mobile devices is a pain. As such, app makers must consider the nuances of each platform so native apps function properly. However, seeing one native app work seamlessly on a foreign platform only seems like a distant dream. This is where React Native steps in. Because it enables cross-platform compatibility, the need to worry about discreet UI/UX is gone. This type of apps are fully optimized and run with absolute uniformity regardless of where they are installed. This fixes the issues that come with fluctuations in data streaming. In short, when you choose to React Native to develop cross-platform apps, you can have the cake and eat it too.
6. Uncomplicated Integration
Cross-platform applications have an impact on the internal programming of devices, whether running on iOS or Android. This, in turn, minimizes the effort of mobile app developers in integrating and synchronizing such apps with other compatible apps.
7. Simple Debugging
React Native enables debugging via Chrome it helps in smoother app development. Developers would see a ‘Debug JS remotely’ option on the in-app developer menu while working on an app in progress.
8.Scalability and Availability
Cross-platform mobile apps are easy to push into the app stores of Apple and Google. This is also the best way to maximize outreach and expand the user base. The ready availability of applications for installation can work wonders when it comes to monetizing. Also, because such apps are relatively easier to create using recycled codes, they are highly scalable, which further lowers development costs. In both ways, it signifies profit pouring in!

To Conclude
To go back React Native is a robust framework that allows quick creation of apps that are fast, easy to maintain and highly scalable. Because of single code management, they work across platforms and can be easily integrated with other default apps and device file system. Such apps work by storing the API of the mobile device and thus, save data offline. This, in turn, helps the apps run fast with uninterrupted data access, especially when the network conditions are not so favorable.
The framework also eliminates a full scroll view of mobile apps on varied devices. React Native apps are lightweight and keep away fluctuations in data streaming. App data is displayed faster and in high definition, never compromising on graphics, content, or user experience. Lastly, if you wonder why to React Native is better than other premier frameworks such as AngularJS and Flutter, here is the takeaway: This framework has an ecosystem that allows it to raise Java API for Android components and Objective C API for iOS components.

Author Bio
Monish is the CEO of a leading Mobile application development company in India. He has an excellent vision for his organization and drives the group with amazing ideas. He is a peruser and pursues the innovative patterns in an innovative way. He drives the group with a concentration and guarantees that his group is likewise as special and stands as number one. He is a  young and an energetic person with the trends in the innovation and he invests a ton of energy in inquiring about the present mechanical patterns. He is a motivation for his group which can be seen through his methodology and ideas.  He is one of the specialists in the technical field and he has finished numerous articles in the technical field. He has composed numerous articles dependent on constant improvements. His articles are considered to be the greater part of the articles which uncovers the most recent patterns in the specialized angles. 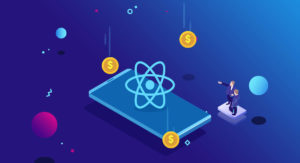