Typically from the conceptualization of the mobile app trend in 2008, it has undergone a rapid transformation. App development is rolling ahead with momentum in a plethora of domains mainly smartphones, tablets, VR products and lots more. Irrespective of the size of the enterprises every single one is embracing apps.

An analysis reveals that the mobile app development technology has gained steam when it comes to the manipulation of the latest sophisticated technologies and the such. In the past, app developers made use of outdated methodologies but now the app development needs the very much needed aid of the product team and the resources with prowess. It is not economical and the cost associated with the development can put pressure on the small-scale enterprises.

Although mobile apps are less expensive, the main consumption of assets comes from the design. Established organizations like Facebook, Google and Twitter feature over 100 persons contributing to a sole app. Needed is more insight about the fact that there are lots of efforts to develop the apps which at a glance might look basic.

An idea of an app along with its logic and interface has to be put down earlier which proves to be cost conserving and provides a lot of comprehension regarding the app design and the needs. A lot of outlines can be made and detailed discussion regarding the same can be done with the app’s stakeholders.

There is no need to conceptualize the final interface. Freehand drawing has to be integrated into the workflow. Manipulation of Interface Sketch also comes in handy.

A common aspect among the budding mobile app developers is to integrate and emulate desktop software or integrate features which they perceive to be amazing but are unrelated to the logic of the app. If the app is less intricate, then the same will be associated with the expenditure of mobile app development as well.

Mobile app development is termed to be a success when it is associated with an assortment of platforms and smartphones. At the same time care should be taken to mitigate the expenses related to that venture. An understanding of which devices the app will support has to be done followed by whether a native, hybrid or HTML5 app has to be developed. Native apps offer good functioning compared to the others. However, web apps are less costly to design.

Do not try reinventing the wheel

Mobile app development is not associated with skilled app developers alone, nearly anybody can design an app manipulating already integrated templates, third party plugins and adapters related to a back-end system. However, it wont be associated with effective changes.

Rapid Mobile App Development tool can be manipulated to design apps with the drag and drop functionality so as to integrate various features all without coding anything. This serves to cut down the cost of developing a mobile app.

Suggested is to carry out a meticulous cost research prior to narrowing down on any technology related to development. However, care must be taken not to carry out research that intensely. The best technologies serve effectively in chopping down the mobile app development expenditure considerably

Author Bio : Looking for mobile app development services in Bahrain? Then Pyramidion Solutions is your one stop store. It offers its services to develop high quality mobile apps serving a variety of industry verticals in the nation and across several countries from the Middle East. Pyramidion Solutions will make you coming back for more from us. The meticulous care with which we develop the iOS and Android apps which serve effectively for our clients remains unparalleled by any other service. 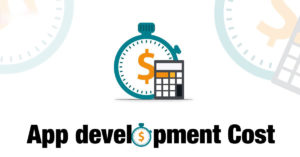