Presently the Apple App Store features over 2 million apps and your aim is to get your iOS app discovered among this huge crowd.

Some effective techniques to get the needed visibility include Campaigns, Advertisements and Social Media based Promotions. However, if you find them to be way too costly then there is always the good old ASO for you!

App-Store Optimization or ASO as it is commonly known is a technique that can organically enhance your app rankings.

That in a nutshell defines ASO’s game-plan.

Speaking of App Stores they use their own algorithm to ascertain rankings for apps and when it comes to app optimization they are different for each platform.

That is exactly what this article will explain now by elucidating some key app ranking factors. So let’s get started!

For Apple, download metrics is one of the chief factors that defines its revenue.

In the case of Google when it comes to ranking an app, it takes into account a lot of factors like the aforementioned download metrics along with User dwell time and some UX factors as well. So to rise to the top place in the Google Play Store, you have to carry out app optimization accordingly.

Coming back to Apple, it can’t be influenced directly and that implies for the betterment of your app you have to carry out Press Releases, Social Promotions and also partake in relevant Events.

In the case of Google which is very much inclined with the concept of Keywords, you can enter relevant keywords in your app description and title for better visibility.

But speaking of keywords in the Apple App Store, you can only keywords in a space of just 100 words.

Therefore, for your iPhone app to gain greater visibility, wield the power of tools like Google Keyword Planner and AppAnnie to select the most powerful but relevant keywords.

After that ensure that you never repeat or pluralize the keywords. Furthermore, the keywords have to be separated using commas and not spaces. They have to be short and use numbers wherever you get the chance so that you can save space.

It is a known fact that an App’s ratings and reviews are some contributing factors for better rankings in the App Stores. Here Google takes into account just the Ratings for your app’s latest version but Apple however considers every review from the time the app was first launched.

As a rule of thumb, The higher your ratings, greater will be the downloads along with the rankings as well.

In the Apple App Store the following best practices can save you a lot of trouble when it comes to ranking your app.

a. Ascertain a smooth UX in your app.
b. Refrain from requesting feedback immediately after your app crashes or when the users are in the middle of using your app.
c. Request genuine reviews kindly.

Make sure you enhance the app’s visual appeal so that people are charmed to download it. This includes the app logo, screenshots. The website and everything else within the app.

To stand out from the rest in terms of visual appeal regarding your apps the following tips will come in handy:

b. App screenshots that speak of top-notch quality.

c. Featuring a crisp and charming intro video regarding your app in its page.

d. And ensuring that all the App visuals are in sync with your established brand.

It is obvious that there are still more factors that can influence your app rankings in the Apple App Store. However, for a start if you focus only on these aforementioned ranking factors, you’ll definitely get higher downloads for your app.

Already renowned as one of the prominent App Development Companies in Toronto. Pyramidion Solutions knows how to smartly deal with your vision of a great mobile app. Apart from developing cool mobile apps, the team also helps in providing the best ASO techniques as per your needs. 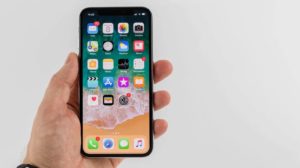