When it came to Google I/O 2018 which was held in this May, it featured all sorts of exciting news which will be much inspirational for aspiring developers. Rest assured the Android technological domain is geared up for even more excitement unlike anything experienced before. The event proved that Google’s potential in the form of technological marvels which were superior to other conventional forms of business applications development. This also includes individual application development ventures as well and everybody in the event was impressed in an instance. This evidently signifies that Android will revolutionize the mobile application development world and be a much more prominent game changer as well. Added to that more research will be conducted with the latest technologies with the ultimate aim to bring about more revolutionary changes and features from a technological perspective.

This article will elucidate in detail what Android strives to accomplish in the app marketplace and will certainly guide you towards opting for the best process when it comes to app development.

With the onset of the intense faceoff when it comes to arch-rivals in the form of Google PIxel and the Apple products, Google has everything up its sleeve to bring out a newer and more power in the potential of the Android technology. Google as well has begun the steps to succeed its already advanced Google Lens with its new smart glass concept. Also to be included along with it are other hardware wearable gadgets as well and a deeper focus on the technologies of Augmented Reality and Virtual Reality. Coming to the prototype model that is Smart Glass, the amazing features including the likes of Text Scanner, Facial Recognition System and the such.

Another promising aspect is that its good development module will enhance the enterprise functionality and will help in achieving major business goals when it comes to the market requirements. As the name signifies this development process it aims to make your enterprise even more associated with the Agile methodology. As per what Google I/o 2018 had to reveal in the form of revolutionary news, all the android developed applications can be the advent of some new concepts when it comes to the functionalities which will pave way for futuristic yet advanced forms of businesses arising very soon. Another note is that when considering app development it is suggested to go for a quicker deployment seen that it plays an important role in making your business pitch appropriately with the current needs in the market.

Irrespective of the fact whether the conceptualization was associated with the application developer or his innovative creativity in technology, ultimately Android applications will be very much simple and less resource consuming when it comes to conveying the reason behind the application’ purpose of being developed in the first place. With the prominence in the rise of technologies as well as features like Artificial Intelligence, Voice Assistants, Artificial Intelligence etc Google will ensure that in the coming future, Automation will get enhanced yet will also provide simplicity when it comes to interactions. A notable example regarding this is the implementation of Augmented Reality features in the Google Map and we can expect still lots more for sure.

Embracing the concept of Machine Learning has paved the way for an innovation in how smartphones handle the manipulation of all the information and thereby its understanding power to do the related things is very much on the rise. So in the case of applications which can process strings as data, this is very much beneficial. Whats more amazing is that it is not simply confined within the depths of the handling system but the advanced Google Lens as well can smartly process and handle the input. For educational applications which face the annoying challenges of various languages when handling its services across a wider reach, this proves to be immensely beneficial.

Several applications have benefitted from the support offered by Google APIs. As an icing on the cake, Google will launch three new APIs which will allow you to stretch your innovative and creative skills further to develop even more new applications.

Speaking of that, Face Detection, Text Recognition and Image Labelling will soon prove their worth in the domains like Education,Dating, Social and that’s just the beginning. All the developers as aforementioned can pave way to create even more new amazing experiences when it comes to the mobile application domain altogether.

Face Detection, Text Recognition and Image Labeling are the three new ones which can be executed in different classifications like Dating, Beacons, Security, Education, Social and so forth. New App designers will have a ton of fun of conceptualizing around the three that is bound to give an absolutely new involvement in the realm of versatile applications. 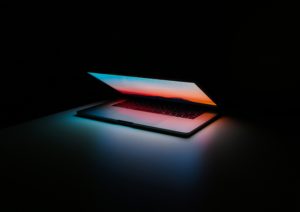