As seen from the latest news related to the dip in profits for SnapChat, its founder and CEO as officially noted that the image messaging and multimedia mobile application is all set for a big revamp where the usage of the app will be simplified considerably and made more interactive.

This overhaul is featured to be the currently largest one in the app’s timeline and will be effective by the start of next month.

Snapchat along with the latest rebranding will ensure that its sluggish user growth is boosted and made more active. An analysis reveals that a majority of the user base (71%) are below the age of 34. The venture taken by Snapchat with regards to renovation and refurbishing is aimed to satiate the user base which features people over 34 years of age.

Snap Inc, which owns Snapchat as a subsidiary noted that the goal associated with the radical revamp of the app is done so that it offers simplicity in use as stated by its CEO Evan Spiegel. He added that although the move could impact the enterprise on a transitory basis, it will serve effectively for the brand in the long run of the future benefitting Snapchat immensely.

In this week, Snap Inc disclosed and published the third quarter reports of the brand giving insight on its progress and income.

It revealed that the current quarter was not that good for the brand where featured are only 4.5 million users added to the app. Mr. Spiegel noted the speed related to the influx of daily active users is progressing at a snail’s pace much below then what they expected. The total dip in revenue summed up to 30.3 million pounds for the present quarter.

The executives of Snapchat are very much busy brainstorming desperate moves so as to circumvent this large dip in revenue and also to tackle the prevailing issue of negligible user growth which the app is currently associated with.

This revamp could affect the enterprise’s prospects of the app for a smaller timeline and the Evan noted that the venture filled with risk was worth it. Regarding the same, he noted that the brand still has no clue as to how the reaction from the user base will be as it embraces and manipulates the app which will be refined and revamped.

A reliable source disclosed that the CEO of Snapchat had given an indirect allusion to the investors that the app might integrate a feed system which resembles that of the social media giant Facebook in some categories.

Henceforth, for the user base, the Stories feature and the information posted by the other users and friends will be displayed on the left of the camera screen.

Featured to the right of the screen will encompass the Our Stories section, the activities as associated with the public along with the overseen Snapchat information which is accumulated from all over the globe.

In addition, the other attributes to be listed in the specific space will include publisher information, along with story content from authorized celebrities who manipulate the app.

Additional indications from Snapchat reveals that the brand may venture into being transfigured as an extra platform which serves effectively for the celebrities to generate revenue with the help of their content.

Author Bio :  WhatsAppupdate features for you an effective Snapchat Clone app which can be customized  for the iOS and Android platforms to develop your own version of a photo sharing app. It serves to be better even than the original app with disappearing photos and is the best way to share your moments. 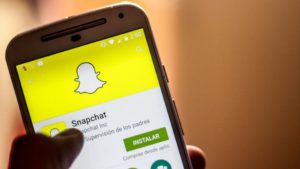